A new Mid-Amateur Championship highlights the 2020 schedule unveiled this month by British Columbia Golf’s Zone 4, which encompasses much of Metro Vancouver as well as adjacent areas including Whistler and the Sunshine Coast.

For all of golf’s hoary tradition, mid-amateur events are a relatively recent innovation. Inaugural U.S. and Canadian championships both date from the 1980s, launched in recognition that the amateur game was becoming increasingly dominated by college-age players with pro aspirations and lots of opportunity to practice. “That left traditional amateurs, aged 25 to 55 and holding down full-time jobs, with little chance to win,” says Zone 4 director Bill McDonald, who will run the new championship in conjunction with the existing Zone 4 Amateur Championship, held June 20 and 21, at Kings Link and Beach Grove golf clubs. 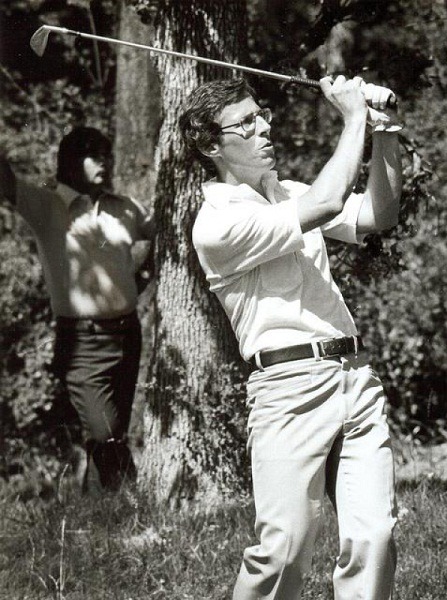 A glance at the list of recent Zone 4 amateur champions confirms McDonald’s statement. With rare exception, they have been players under 20 years of age, including several who have gone on to notable pro careers. The most recent multiple winner was Doug Roxburgh (pictured above), who took his sixth Zone 4 Amateur Championship in 1982, at the age of 31.

Entrants to the new Mid-Amateur championship must be at least 25 with a handicap of 9 or lower, and will also be eligible to win the Amateur component, McDonald says. The event will be held after British Columbia Golf’s Mid-Amateur Championship, so winners will not receive support for the provincial tournament, but dates may be altered to afford this in years to come.

The combined Amateur and Mid-Amateur championship is one of approximately 20 tournaments scheduled by Zone 4 during 2020, including 10 for Juniors alone. The Zone also helps support the Harry White Junior Linkster Tour for boys and girls aged five to 12.The tournaments take place on a double-digit roster of area golf courses and draw on the assistance of dozens of volunteers.